Final Thoughts - Rollers of the Realm

For regular pinball fans, I think this is a good evolution of the genre. If you take away the point panels and added enemies that you need to beat, and the limitation of one table and have the ability to traverse multiple tables, you have a good idea of what Rollers of the Realm is.

Rollers of the Realm adds RPG and story elements to pinball. The story is pretty forgettable, however, the RPG elements make it an interesting experience. As you progress through the game, you will gain new allies that will have unique pinball abilities to them. For example, one has the multi-ball ability where you multiple into three balls, one shoots arrows when it is near enemies so that you don't need to directly hit an enemy to do damage and one heals your paddles is just a sample of the characters you get to play as. Yes, heal your paddles, your paddles will take damage from enemy attacks on your paddles and when they do, they shorten until they disappear, so it is in your best interest to heal periodically. 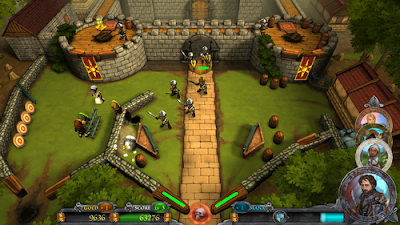 Aside from abilities, you collect coins as you progress and you use those coins to unlock more characters or purchase equipment for them to make their abilities stronger, happen more frequently, among other skills to make them stronger. This somewhat forces you to focus on certain characters since coins is not something that you collect easily. 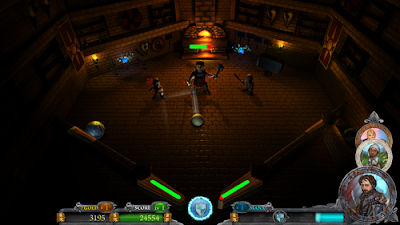 Another element that is added is multiple tables. Physical pinball tables are limited to one table, the one that you see, however, this one has multiple where you would traverse from one table to another which adds a new level to pinball (which I first experienced playing Devil Crash on PC Engine). It is a small change, but a welcome one in my mind. I play Zen Pinball and while it is fun, I lose interest in the score chasing aspect fairly quickly and I don't like how sometimes I don't know what I need to do to unlock the next area of a table. The goal of Rollers of the Realm tables are usually pretty simple, defeat all the enemies on the board and move onto the next area. 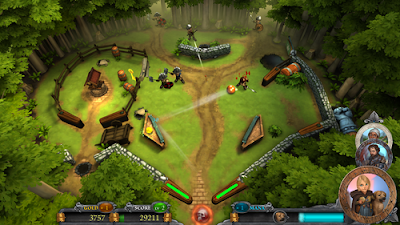 The game itself spans over 30 levels, over 100 items to buy, and 10 different character pinballs to collect and play as. The reviews are a bit inconsistent and I think it has to do with expectation. I found that the game itself is quite fun, however, getting coins to upgrade your characters is a big grind and I eventually gave up on it. I did complete the campaign, however, I felt like I had no reason to go back to it and immediately deleted it from my Vita shortly after to free up space for my next game. 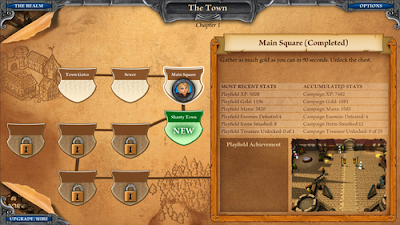 Come back next Wednesday for my Final Thoughts on Rogue Legacy for PlayStation Vita.
Posted by Wai at 7:00 AM

Email ThisBlogThis!Share to TwitterShare to FacebookShare to Pinterest
Labels: Final Thoughts, Rollers of the Realm